Fashion Street is another street right in the centre of the district in which the murders were committed. It was possibly traversed by many East End prostitutes, and possibly the murderer himself, during the time of the murders. It runs eastward from Commercial Street, directly opposite White's Row on the west side of Commercial Street. 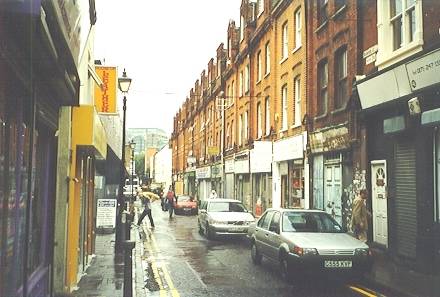 Above: A view along the narrow and shabby Fashion Street in Spitalfields. Many of the old buildings still remain, making Fashion Street one of the more derelict streets in the area. Taken: Tuesday, June 29, 1999. Photograph courtesy of Johnno. 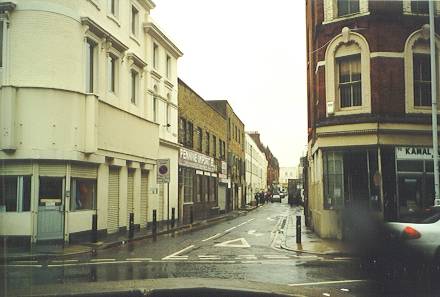 Above: A view of Fashion Street from the opposite end. Taken: Tuesday, June 29, 1999. Photograph courtesy of Johnno.