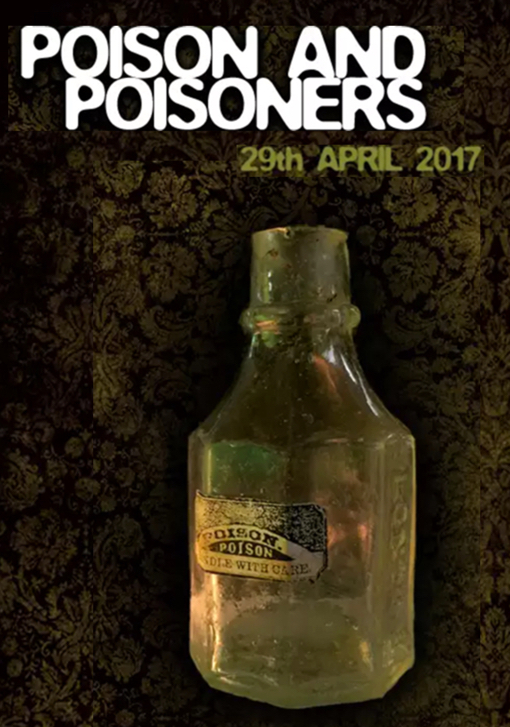 We are pleased to be able to bring to you presentations from the Poison and Poisoners one-day event from London 29th April 2017. Organized by Casebook: Classic Crime in association with Mango Books.

Stephen Bates: The Prince of Poisoners: William Palmer and the Trial of the Century

The Poisoner tells the story of William Palmer, hanged in 1856 before a crowd of 30,000 people for the murder of his best friend. An outwardly respectable Midlands doctor from a prosperous family, Palmer and his trial were a media sensation, heightening middle class fears about the insidiousness of poisoning as a new method of murder. Palmer was the first person ever to be convicted of using strychnine as a method of murder. He became known as the Prince of Poisoners, suspected of murdering at least a dozen people and Charles Dickens, who covered his case, described him as the greatest villain who ever stood trial in the Old Bailey. Even Queen Victoria followed the story, as her journal shows. But how many people did he really kill - and was his guilt ever proved? Stephen Bates's original research into the 160-year-old notorious murder case uncovered intriguing new information about the story.