Commercial Street, central to Spitalfields and in the very area where the Ripper murders were committed, is a major thoroughfare leading in north from Whitechapel Hight Street up through Spitalfields to Shoreditch where it joins Bethnal Green Road. Stemming off Commercial Street are two of the streets in which murders attributed to Jack the Ripper took place: Hanbury Street and Dorset Street. 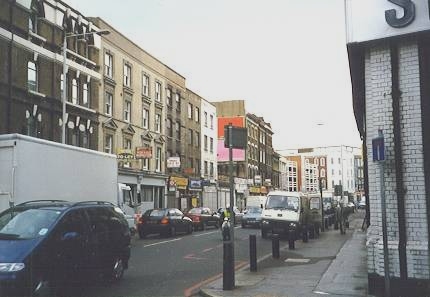 Above: A view looking north along Commercial Street. It was taken from the Flower and Dean Street exit. The white framework of the carpark standing where Dorset Street once stood can be seen at the far end of the picture. Taken: Thursday, May 13, 1999. Photograph courtesy of Johnno. 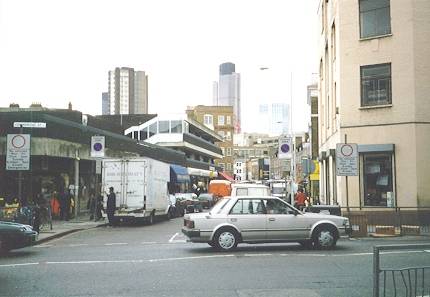 Above: A view looking north along Commercial Street. It was taken from Whitechapel High Street, Aldgate. It is a short three or four minute walk north of here to Dorset Street and Hanbury Street further north. Taken: Thursday, May 13, 1999. Photograph courtesy of Johnno.